If you read the recent article published by USA TODAY “More college 'hookups,' but more virgins, too” (By Sharon Jayson, 03/30/2011), then the obvious conclusion and next step is to make sure condoms are readily available on campus’s everywhere. This is a sexually active population group that revolves around the campus.  Most colleges have some form of safer-sex education as part of the student services or health services. Some campuses make condoms an open conversation, some keep it a secret. The frequency of hookups taking place, as described in this USA TODAY article, just highlights that campus condoms need to be part of the open conversation, and readily available in all campus environments.

Excerpt: LONDON—A new erection-enhancing condom product, dubbed "Viagra for condoms," is nearing regulatory approval and could be on sale in Europe by the end of the year.
Analysts say the condoms, which contain a gel that helps men maintain a firmer erection for a longer time, could have a significant impact on the condom market, where innovation is rare and patent-protected inventions are infrequent.
The product could also provide a boost to Durex, the world's top-selling condom brand, not least in the U.S., where Durex has struggled to gain a sizable market share...Read the article

Total Access Group Comment: The Durex brand, with it's wide choice of condoms in bulk, is widely used condom in prevention and public health in the U.S.. We are glad Durex's new owner will  push condom innovation! They already have the Durex Performax with desensitizing lubricant on the inside of the condom. We look forward to Durex gaining approval in the U.S. for this new condom they call the CSD500.

So you do not have to wait, the way to add stimulation today to condom use is by adding a stimulating lubricant. Good choices are ID Pleasure Lubricant, as well as the New ID Stimulating Gel. The ID Stimulating Gel just hit retail shelves this month, and we are launching it in public health next week!

Excerpt:  "He’s at ease until it’s time for the first kiss—that’s when he leans in, pulls out the document and asks the object of his affection to sign, indicating he’s shared that he has HIV.
That piece of paper, he believes, could save him from years behind bars if a partner ever alleges that he didn’t disclose his status. He carries it everywhere."

We think this article is a good reflection of some of the many issues that are present in HIV prevention, all of which need more funding and development. Meanwhile, keep promoting the use of a condom every time!
Posted by Unknown at 8:54 AM

The new look of Durex Enhanced Pleasure - now on Special! 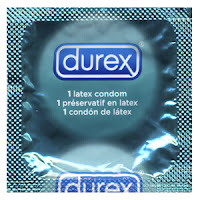 The Durex Enhanced Pleasure is now at a discounted price for the case of 1000!
(for limited time)
Last year Durex began changing the look of all their foils to be simple and current. The response has been all positive. Durex has been working through the entire line! Look for more improvement to the Durex foils in months to come.
Posted by Unknown at 12:02 PM

The new Fitstick is a unique high quality injection molded container designed to dispose of a single 1ml insulin syringe. Made by ASP Healthcare, the maker of the Fitpack sharps container, this has been successfully used in the well developed harm reduction programs in Australia, and now is available in U.S. exclusively with Total Access Group. Call us to learn more or obtain sample!

An interesting view of sex and sexuality among youth in America on TLC this weekend April 9 at 10pm, then again April 10 at 1 AM. Worth a watch!