The best condom
is the one your target
population will use!

Retail reports indicate
THIN IS IN!

Consumers are choosing
thin and sensitive,
and
LifeStyles
Ultra Sensitive
Condoms
is a top seller! 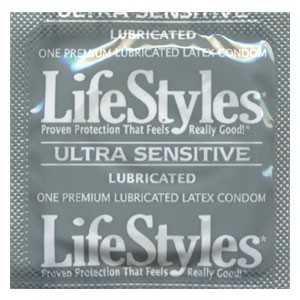 In public health free condom distribution, you want them to pick up the condom. As a result some brands with fancy foils are popular in public health. However the more important feature of a condom is not the foil, it is how the condom feels. Did it enhance the experience so they are motivated to use a condom again next time?